Steel Hawk, Book 3 (can be read as a standalone)

Keep your lovers close, your enemies closer. Especially if they’re one and the same.

With Steel Hawk still reeling from explosions at Zarrenburg Castle and at its own headquarters, company lawyer Edward Long’s legendary stoicism has been severely tested. It’s clearly an inside job, and no one is deeper inside than Edward—which leaves him squarely in the center of a frame.

Someone is using him to bring down the company he loves. Worse, the PI that Adam Hawk sends to investigate…there’s something off about her. And something that seriously turns him on.

Operating under an assumed name, Sophie Hawk aims to dig deeper into the company’s systems than any other investigator would dare. Especially with the prime suspect’s hot-chocolate gaze tracking her every move.

As their dueling intellects strike sparks, the rising heat threatens the trip wires Edward has set up around his heart—and the secret that ties him to a man who’ll stop at nothing to claim his right to rule the house of Zarrenburg. Or, if he can’t have it, destroy it—and everyone connected to it.

A corner of Edward’s mouth quirked humorlessly. “You’re an investigator?”

“I am,” Sophie shot back, bristling under his acrid tone.

“And you have business with me?”

She glanced around. As far as she could tell, they were alone, but that didn’t mean someone didn’t lurk out of sight. She took a step closer and, with her voice low, said, “You of all people should understand why Mr. Steel would bring in an investigator.”

She’d pushed into his space, but he didn’t give an inch. Too late, she realized just how close she’d gotten. His clean, soapy scent was like a drug. Heat emanated from his form, leaving her flushed despite the chill of the air conditioner. The weight of his attention was crushing. Primal. Something animalistic stirred in his eyes.

“Is that a threat, Ms. Sophie Garza?” The words left his lips with practiced ease, but that didn’t mean anything. Not for a lawyer.

She met his punishing stare, determined not to back down. If he wanted a pissing contest, he’d better be prepared to lose. She’d been up against worse and won.

He was the first to break eye contact. His gaze flickered to her lips, dwelling there. The barest hint of amusement softened his features, and in that moment, she saw a hint of the man beneath the demeanor.

“I suppose, Mr. Long, that depends on whether or not you feel threatened.” She didn’t bother to quash the hint of sarcasm that wedged itself in her voice.

Her words drew his attention. He straightened, and rather than take a step back, he moved toward her, causing her an involuntary retreat. The predatory gleam in his eyes revealed nothing, but the hint of a smile teasing his lips spoke far more than words ever could.

Threatened, hell. He was toying with her.

His dark gaze left her swimming in uncharted waters, her body humming with a frightfully unfamiliar awareness. Startled, she swallowed. Twenty-nine years old, and never before had she experienced such a visceral response to anyone—a fact that could only mean one thing.

Guilty or innocent, Edward Long was a dangerous man. 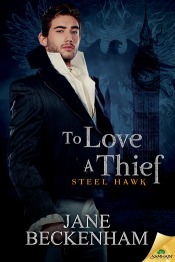 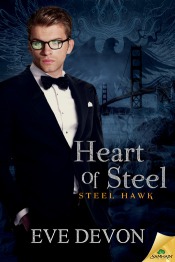